Your base is under attack!

Sinister forces stalk the Mournland for salvagers, dragging captives to their scrapyard lair which courses with creation magic.

Take control of arcane wrecking balls, giant magnets, and more as you crush, grab, and smash your way through Copper Canyon Scrapyard!

Last Stand at Copper Canyon is an Eberron: Oracle of War salvage mission for Tier 2 (levels 5 – 10) characters that can be completed in 3-4 hours. It’s Adventurers League legal if used in conjunction with the Salvage Bases and Missions supplement. 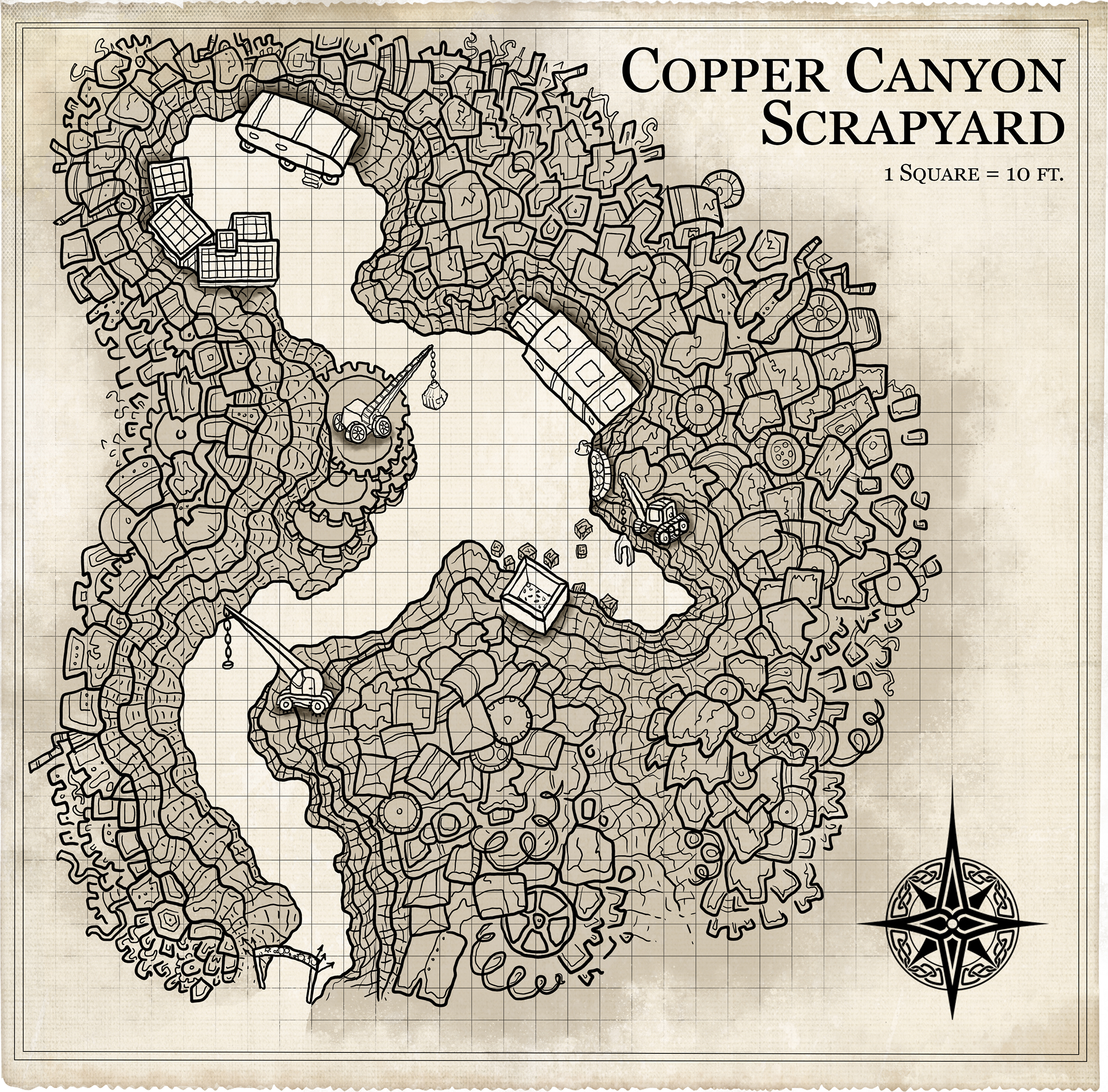 Stacey Allan is a freelance artist and designer from the UK. She was a contributing writer and cartographer for Wizards of the Coast’s Rime of the Frostmaiden, and is the layout artist for the Dungeons & Dragons Adventurers League campaign Eberron: Oracle of War. As well as writing adventures, she’s created many covers for products on the Dungeon Masters Guild.

Hannah Rose is a freelance writer, editor, and game designer who has worked with Wizards of the Coast on titles such as Mythic Odysseys of Theros and Explorer’s Guide to Wildemount. Her other Dungeon Masters Guild work includes the platinum bestselling College of the Opera and Cartographer subclasses.

This product is produced by Dungeon Masters Guild and is priced at $4.95