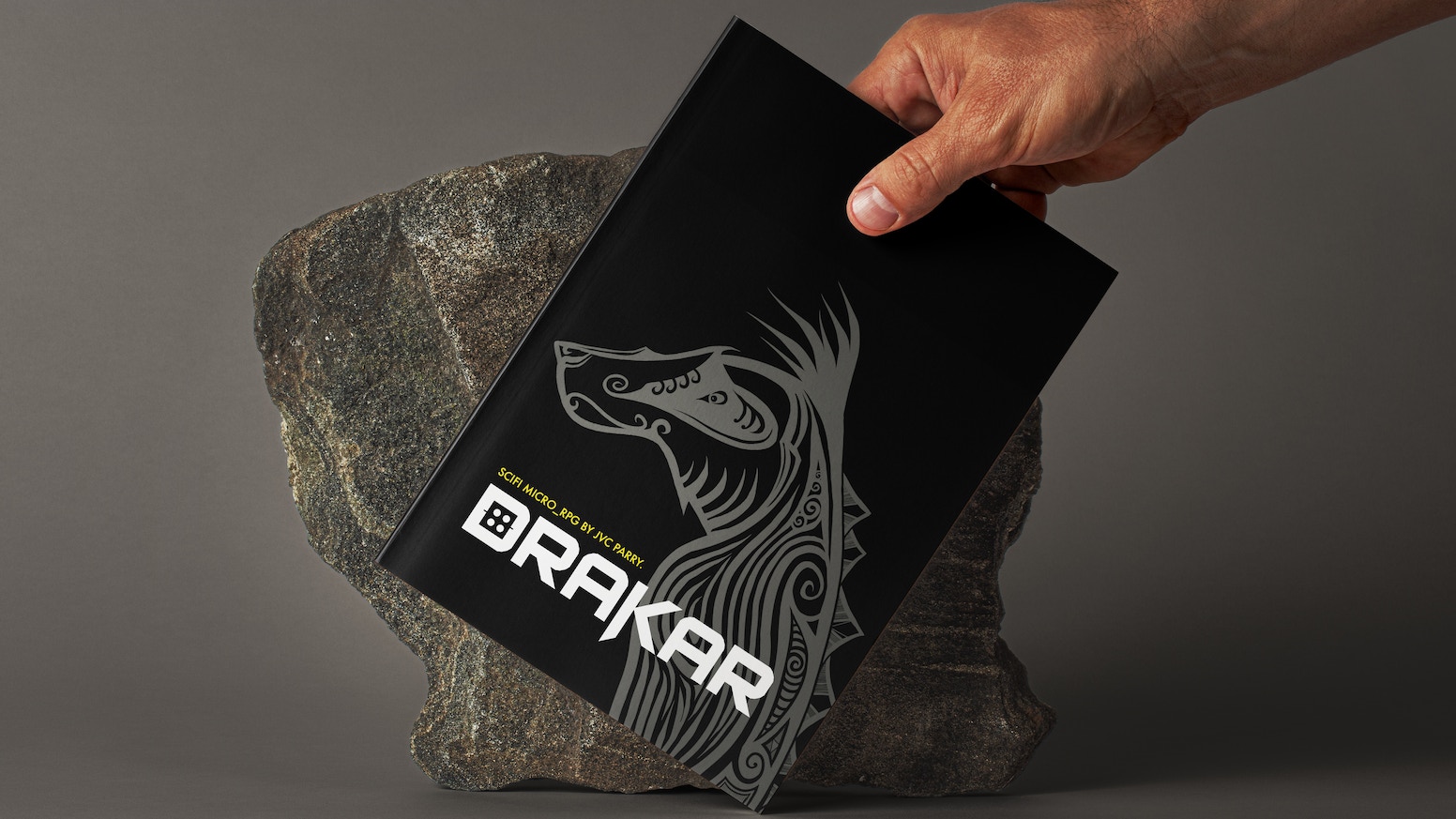 The earth is gone

The gods are real

We must find Valhalla

The runes guide us

Drakar is a sci-fi, indie microRPG inspired by the climate crisis, Norse iconography,
and episodic science fiction television such as Star Trek: The Next Generation and The Expanse.

The aim of the game is to pilot your ship, the Drakar, to a new homeland named
Valhalla. The earth has been made uninhabitable by global warming, and the
various human factions have made a break for the stars in the hope of finding
new planets suitable for habitation. You belong to NORSE, the Nordic Office for
Research into Space Exploration. No one can say how long the journey will
take, but you have placed your faith in the Old Gods to guide you. 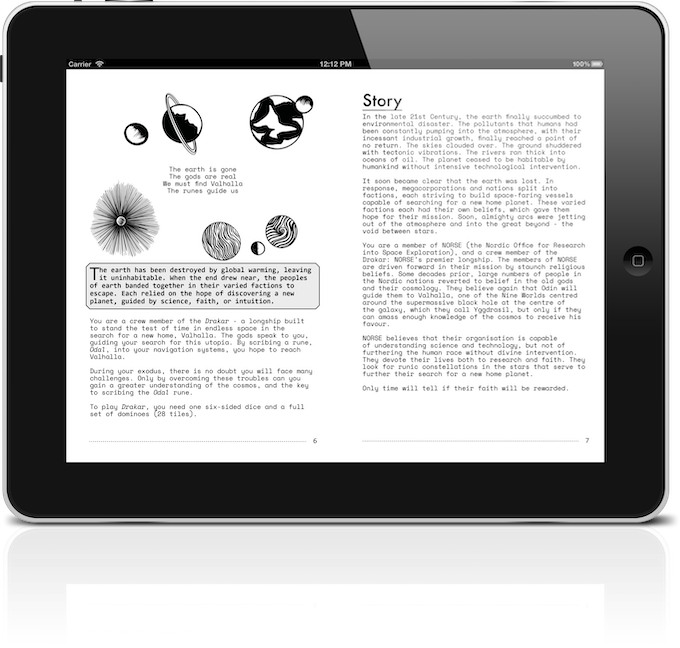 Drakar is a classless microRPG, just over 50 pages in length, which uses a d6 to
determine character skills (Power and Prowess) and ship scores (Bridge, Hull,
and Systems). After character and ship creation, Drakar uses dominoes to
determine which troubles characters face on their journey to Valhalla, and
whether their actions to overcome the troubles are successful. It can be played
as a solo game, a one-player-one-GM game, or with a group of 2 to 5 players. 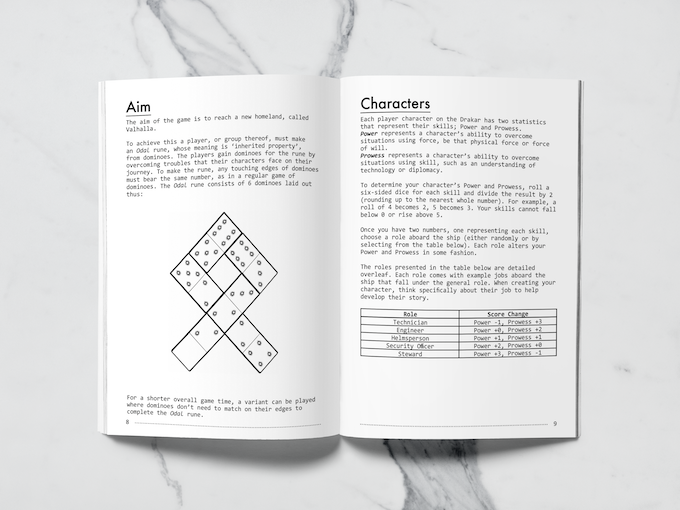 As previously mentioned, both characters and the ship in Drakar have skills and scores
that need keeping track of. The sheets below allow you to keep track of those scores,
and also have some incredible artwork from Paul. 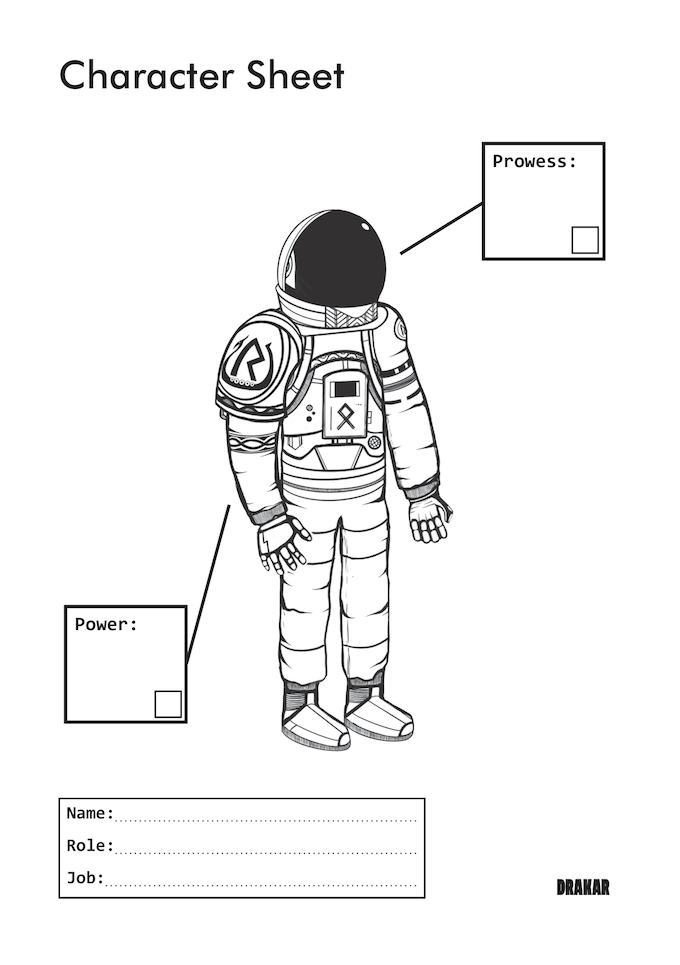 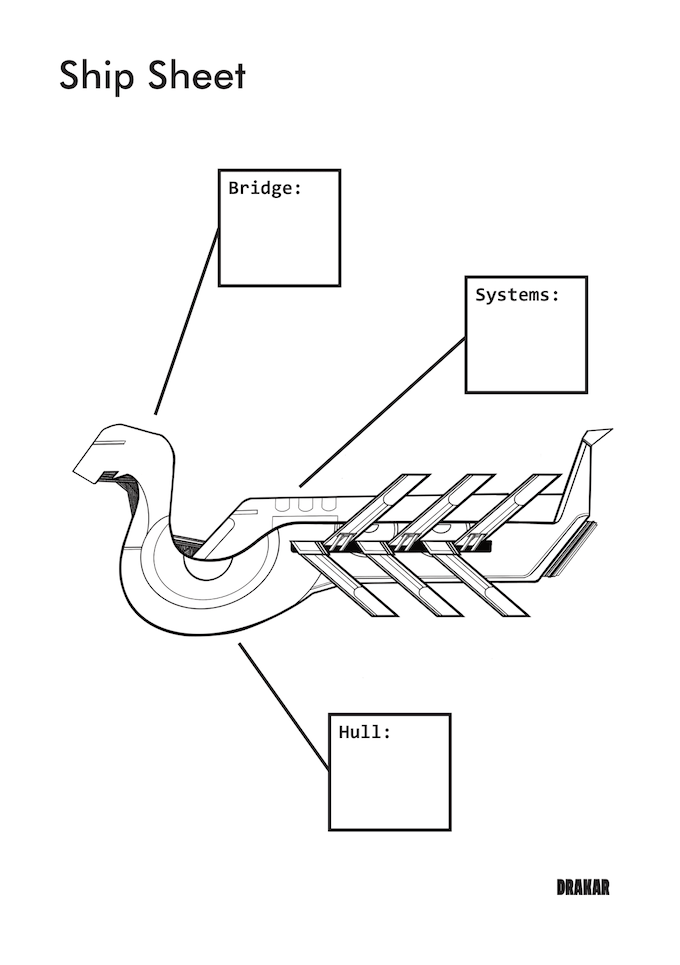