This is a module for the Fantasy Grounds VTT and Dungeons & Dragons 5E.

This adventure is intended to be run for a group of four to six third-level characters, hopefully, that are already formed into a party.

The party arrives in the town of Arua in the early morning and spots a commotion in the center of town.

As they explore, they will run into Gael who was the one who sent notice to the party about a possible job offered by his “wife” and wealthy merchant, Aeli.

After meeting Gael around town or visiting Aeli’s manor, they will receive the full brief:

Retrieve one of the Chalices of the Greedy from the abandoned castle known as the Nilkon Castle on the south shore of Lake of Lahairoi.

An elvish assassin named Kilt was sent to retrieve it nearly a month ago, but has yet to return. 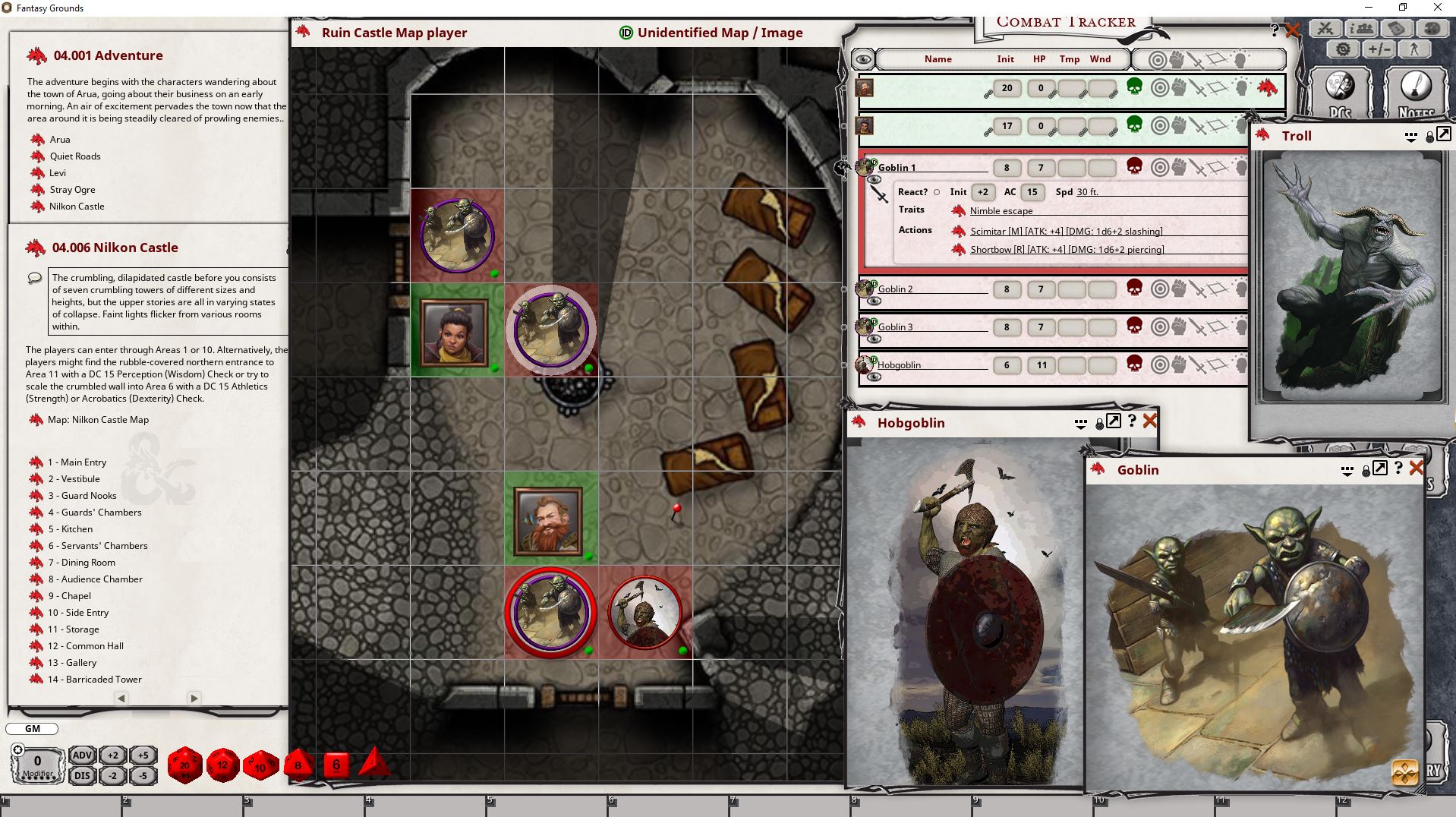