The Library of Candlekeep holds countless arrays of books and limitless amounts of knowledge. Within those rows of books and scrolls exist a multitude of mysteries and discoveries for those who look deep enough and turn the right pages. Whether it be encrypted messages, obscure maps, details of lost civilizations, or the retelling of an unsolved mystery, there are discoveries to be made and treasures to be found. For adventurers with a thirst for knowledge, Candlekeep is a destination they dream of visiting one day.

Candlekeep Confidential provides a collection of character backgrounds, modular encounters, creatures and NPCs, magical items, and maps for your intrigue based or library focused campaign. The features included work nicely with the Candlekeep Mysteries official D&D product or with any adventure in your own game world. This product includes: 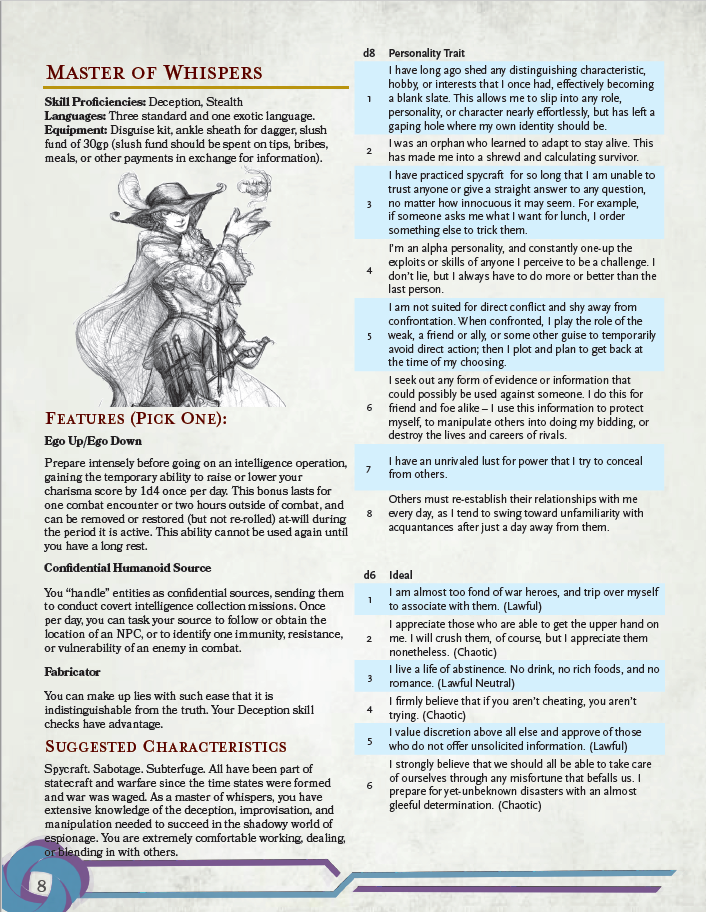 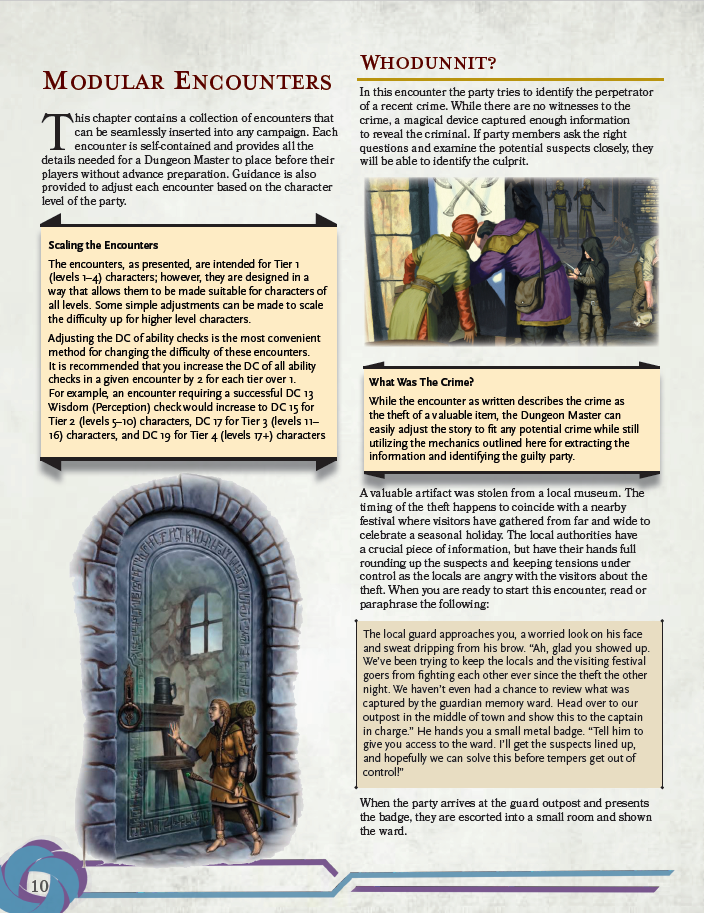 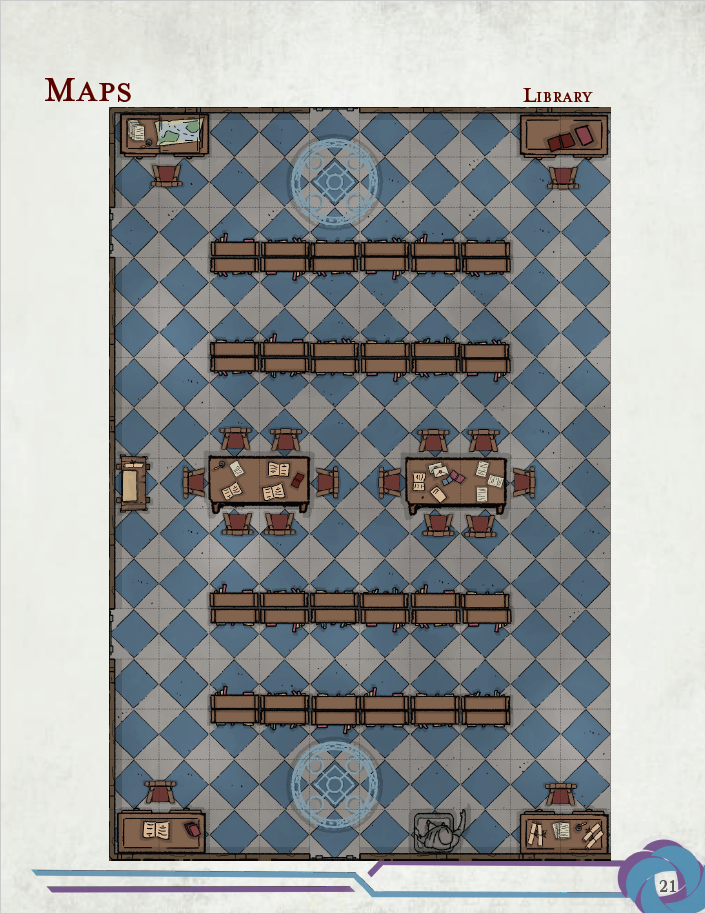 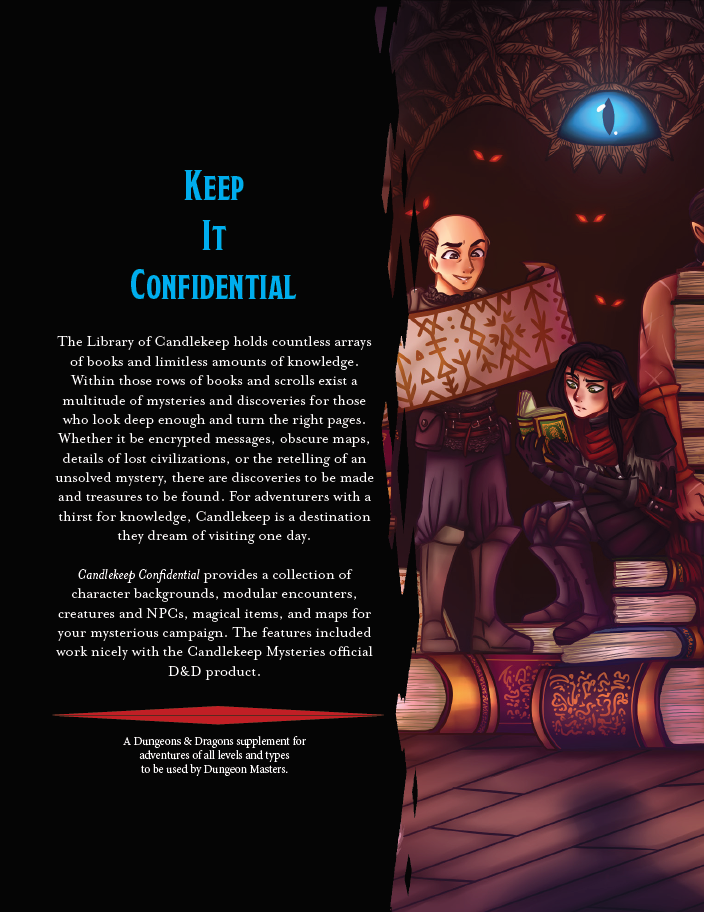