This book offers some extra flavor and detail for those travelling to or from Candlekeep, and an array of books and items to be found.

Included are 20 simple ideas for encounters on the road, either as a starting point for a larger story, or just a descriptive scene.

The scenarios range from a travelling scholar to an abandoned prison cart or murdered courier.

Useable on their own, or as loot for the above encounters, there are titles and descriptions for dozens of books, scrolls and items, some mundane, some magical. Each description includes notes about the objects history, and whether it wil pique the interest of The Avowed at Candlekeep.

10 sets or collections of books, from a simple series of logbooks, to the Encyclopedia Golemica.

20 scrolls and notes, including maps, letters, and arcane oddities like the Ladder Scroll and the Snakescroll.

39 books, including such mundane titles as: Death and Tabaxis, Treatises of Tortoises, Theoretical Phlogistics, and Gourd Vibes.

Several magical tomes are also included, from Transmute This Book and the Tome of Lies, to the Enthralling Tome and the fearsome Boooooook!

20 unconvetional literary records and magical devices. These include Runic bone carvings, a Skull of Recitation, Nolzur’s Ink-Dust, and Barovian Dawnfire Ink, among others. 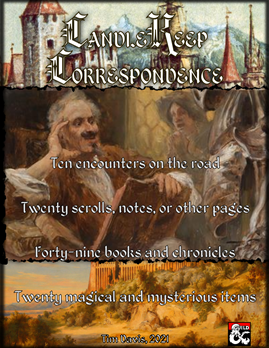 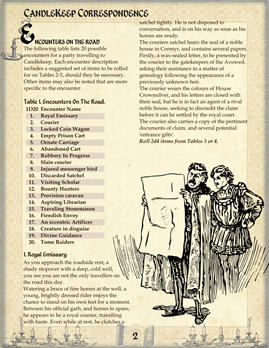 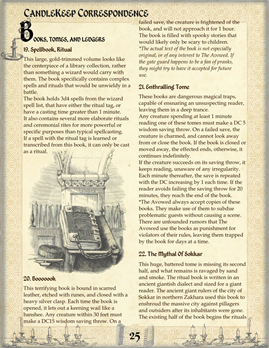 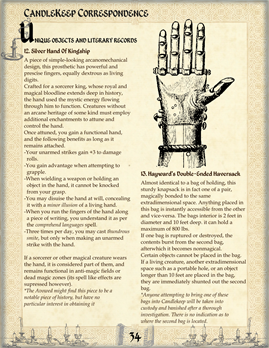 Check out these products, already available on DMsGuild. From Hellfire to Wild Magic, find all kinds of character options, New creatures and NPCs, spells and magical items. 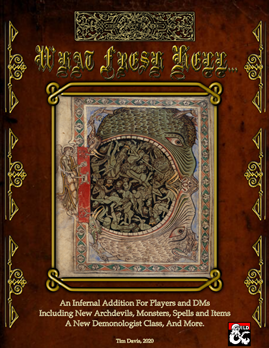 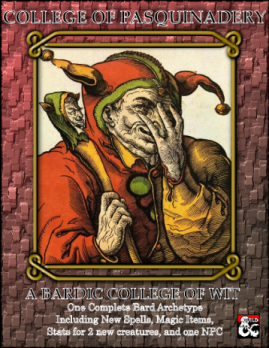 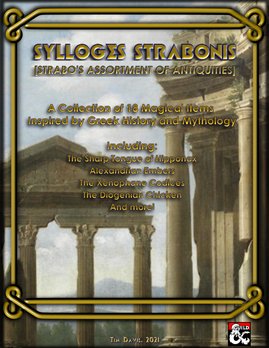 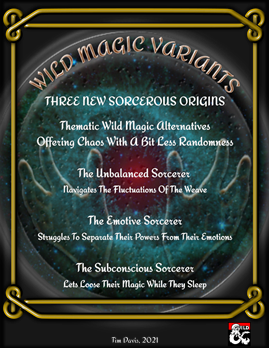 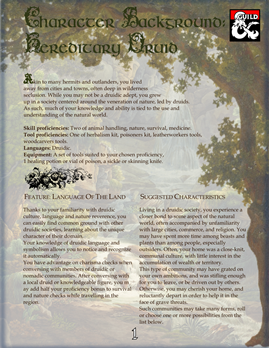