The Athens Chronicles is an epic series of Vampire: The Masquerade stories taking your characters from the 13th century to the 21st, beginning in the Dark Ages. The five chronicle series this begins will release one new book each month, allowing you to play out the full series of events as we go or catch up at any time. Books one, two, and three are designed for the 20th Anniversary Edition of Dark Ages Vampire: The Masquerade. Book four will move into Victorian era, with book five in the Modern/Final Nights.

Athens Chronicles Three: Labyrinth continues our tale, plunging these elder Greek vampires into political and physical action in one of the oldest, most consequential cities in the world. Athens is currently ruled by the Ashirra, but that rule is threatened by outside forces including the nefarious Ambrogino Giovanni. As Sabbat refugees stretch the Masquerade to the extreme and war threatens the ancient city, the PCs eventually come to learn the resting place of an old and powerful being that shaped the art and culture of the region thousands of years ago.

The Athens Chronicles explores the most important moments in vampiric political history, thrusting Player Characters from the cradle of democracy into delicate negotiations they’re just barely capable of handling, up against the most important and powerful characters in the Vampire metaplot. In the end they’ll witness the Final Nights as elders, with the wisdom of ages and a number of terrifying experiences under their belts. Will they be better for it, or will they be the very tyrants they’ve spent 800 years fighting against?

This is a Year of the Tide book and series, focused on the important events occurring on the Mediterranean.

Be sure to pick up the 14 free pre-gen characters designed specifically for the Athens Chronicles.

This is the third book in the series. Be sure to pick up Book One here and Book Two here. 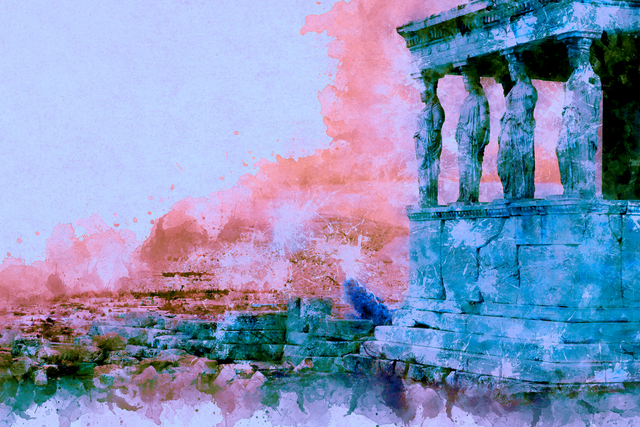