Things have gotten plum weird since the events of The Seven Days of Night brought an end to the war, revealing the presence of an evil thicker than the darkest molasses that’d make the Devil himself blush! You can turn tail, or take the fight to the night, and you ain’t about to be called yeller! So, saddle your horses and clean those irons, ‘cause there’s something slithering across the dark frontier and it’s dead set on making vittles out of you and your ragtag posse. 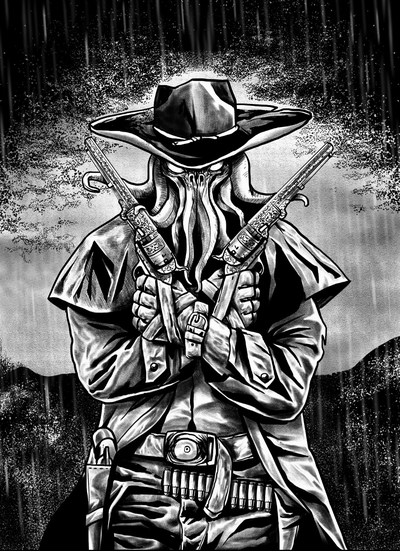 The Weird Frontiers RPG is a standalone weird West role-playing game influenced by the works of HP Lovecraft and folklore pulled from all over the world. The game offers a new take on the genre with a rule set based upon and compatible with the popular Dungeon Crawl Classics RPG published by Goodman Games. 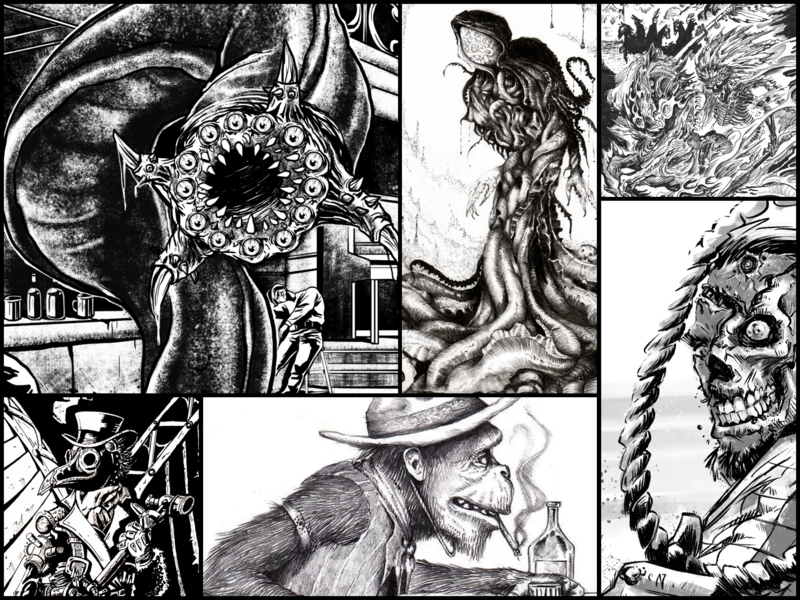 Within the pages, you’ll find