Strange accidents keep happening in the Singing Brass Dragon Opera of Waterdeep. Curtains fall during rehearsals, dancers stumble into the Orchestra pit, a flying glowing skull terrorizes the sceneshifters, and threatening letters arrive each day. Recently, a chandelier fell and killed a new employee. Now, a group of adventurers has been hired to investigate the crime and rumors surrounding the ghost haunting the opera.

An adventure about love and death inspired by Gaston Leroux’s story: The Phantom of the Opera

(Right click to open in a new tab! Caution, spoilers ahead!) 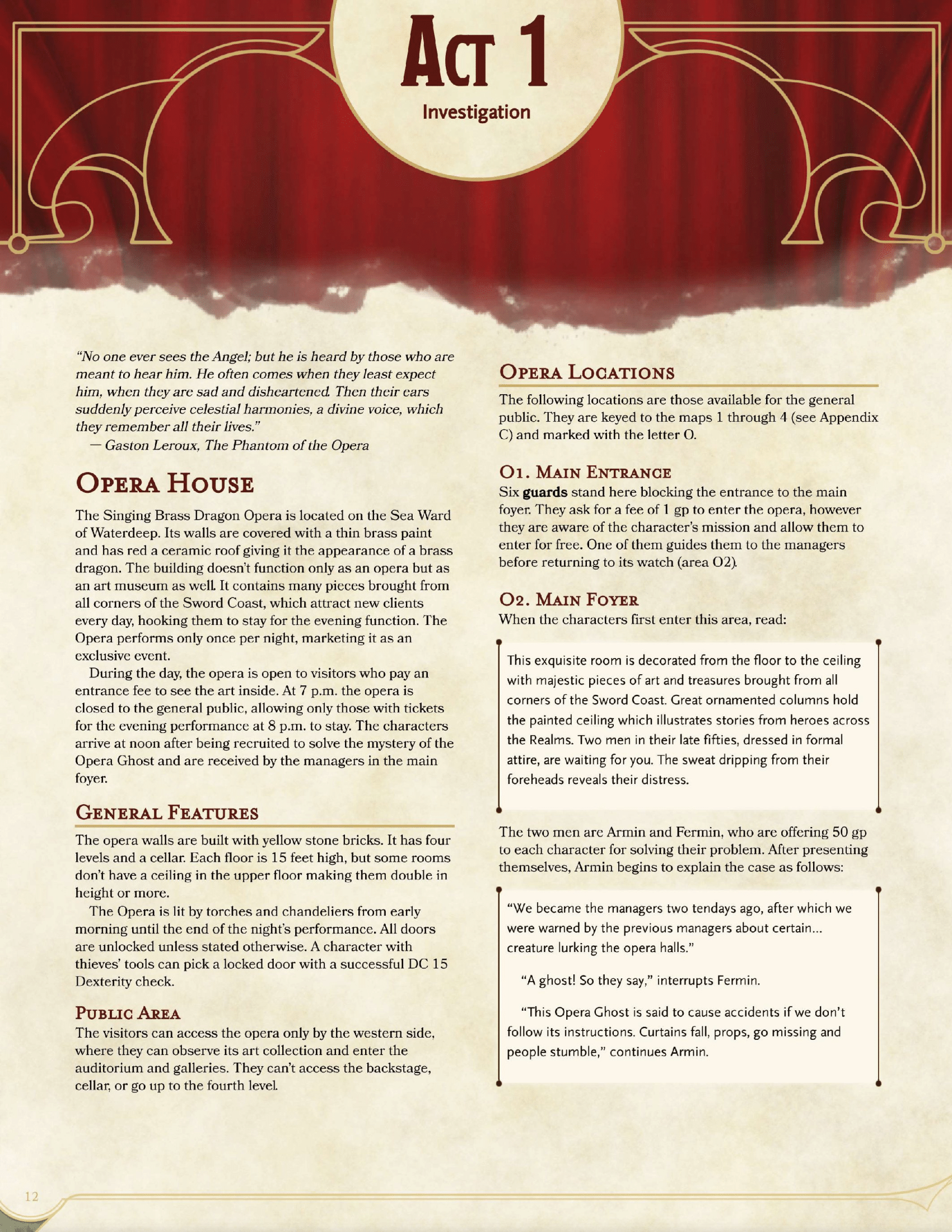 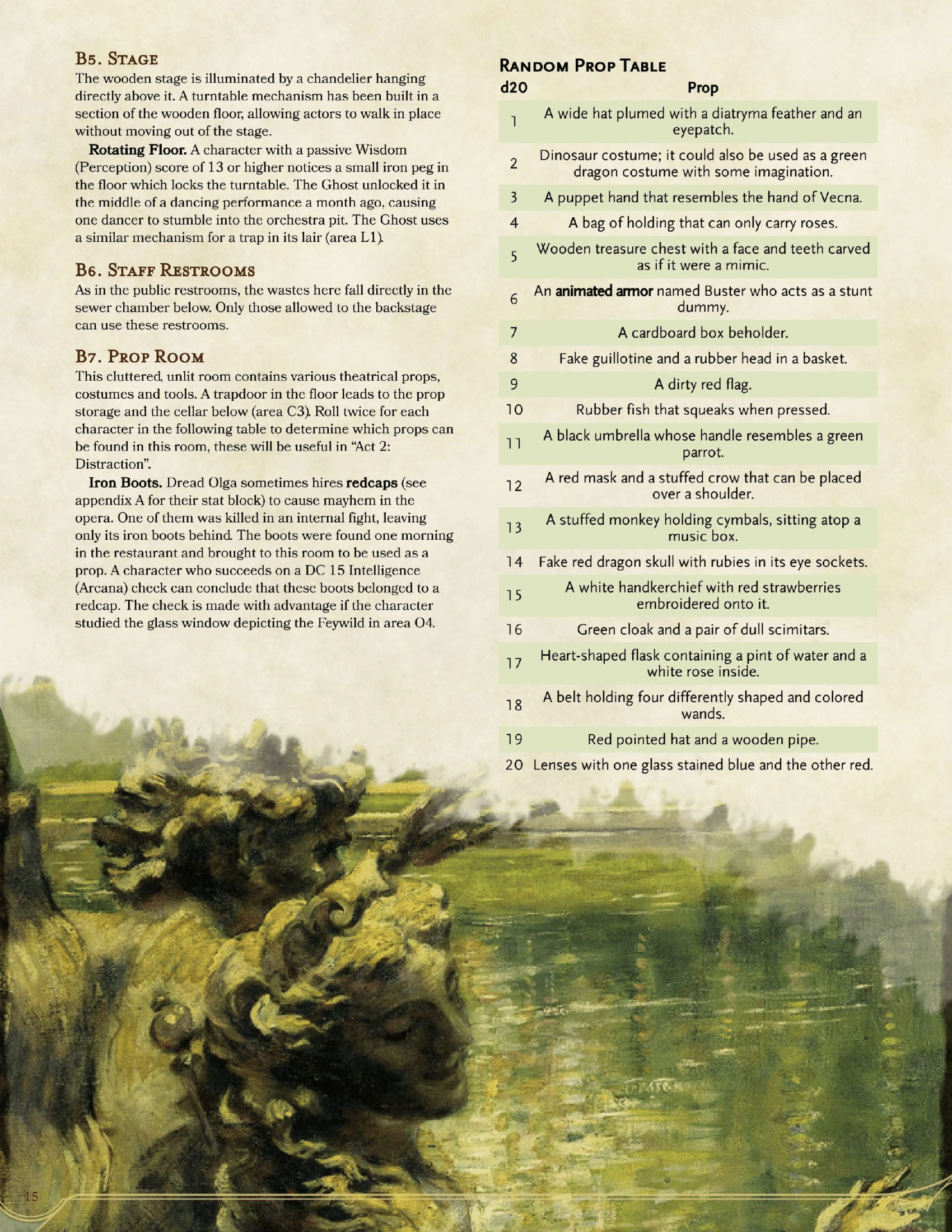 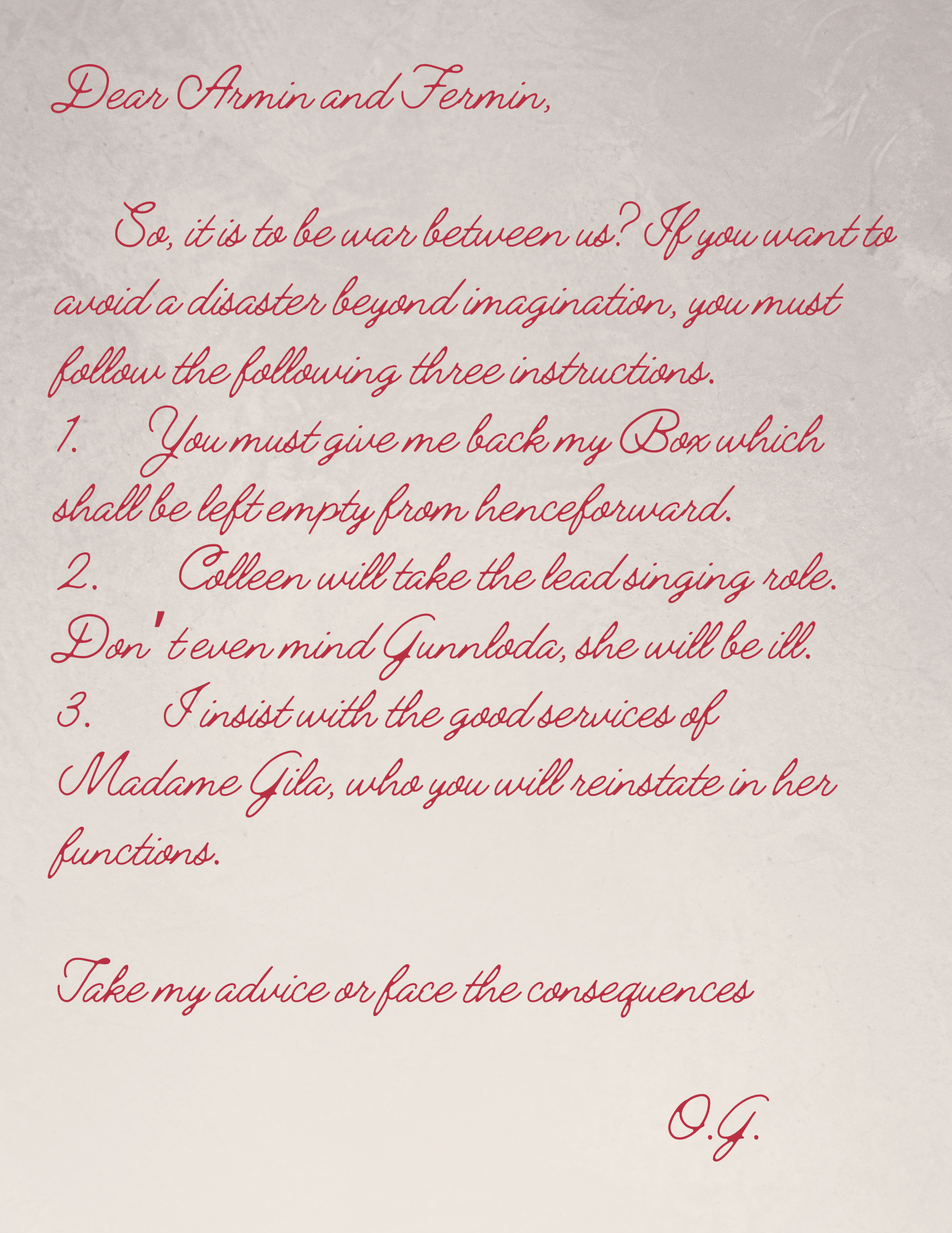 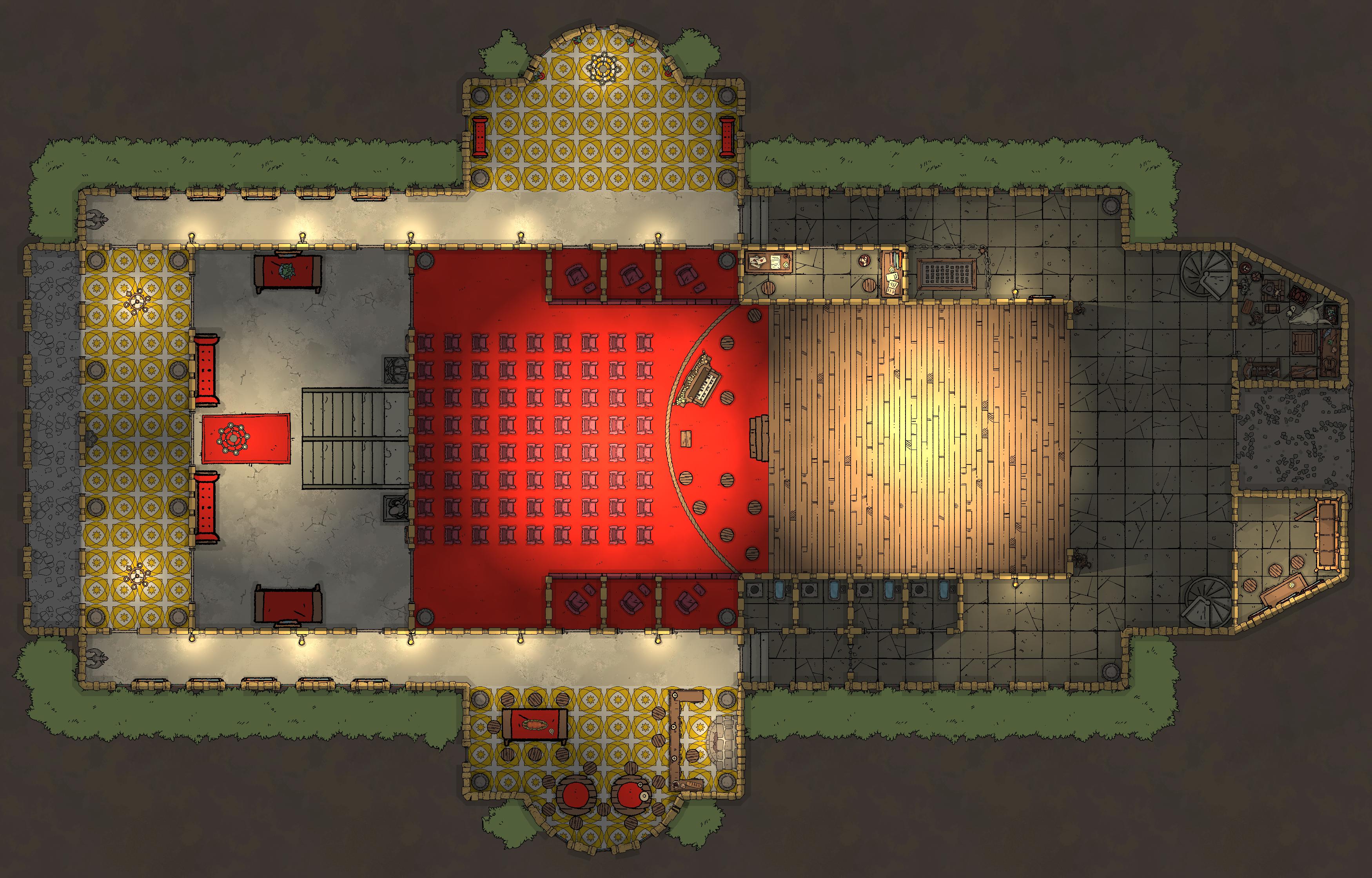