This stand-alone extension was created for 5th Edition Dungeons & Dragons, and its use in Fantasy Grounds allows a Game Master to grant full Monster & NPC control to any number of Assistant Game Masters or share monsters individually so players can easily control movement, targeting, and abilities.

This extension unlocks the following functions: 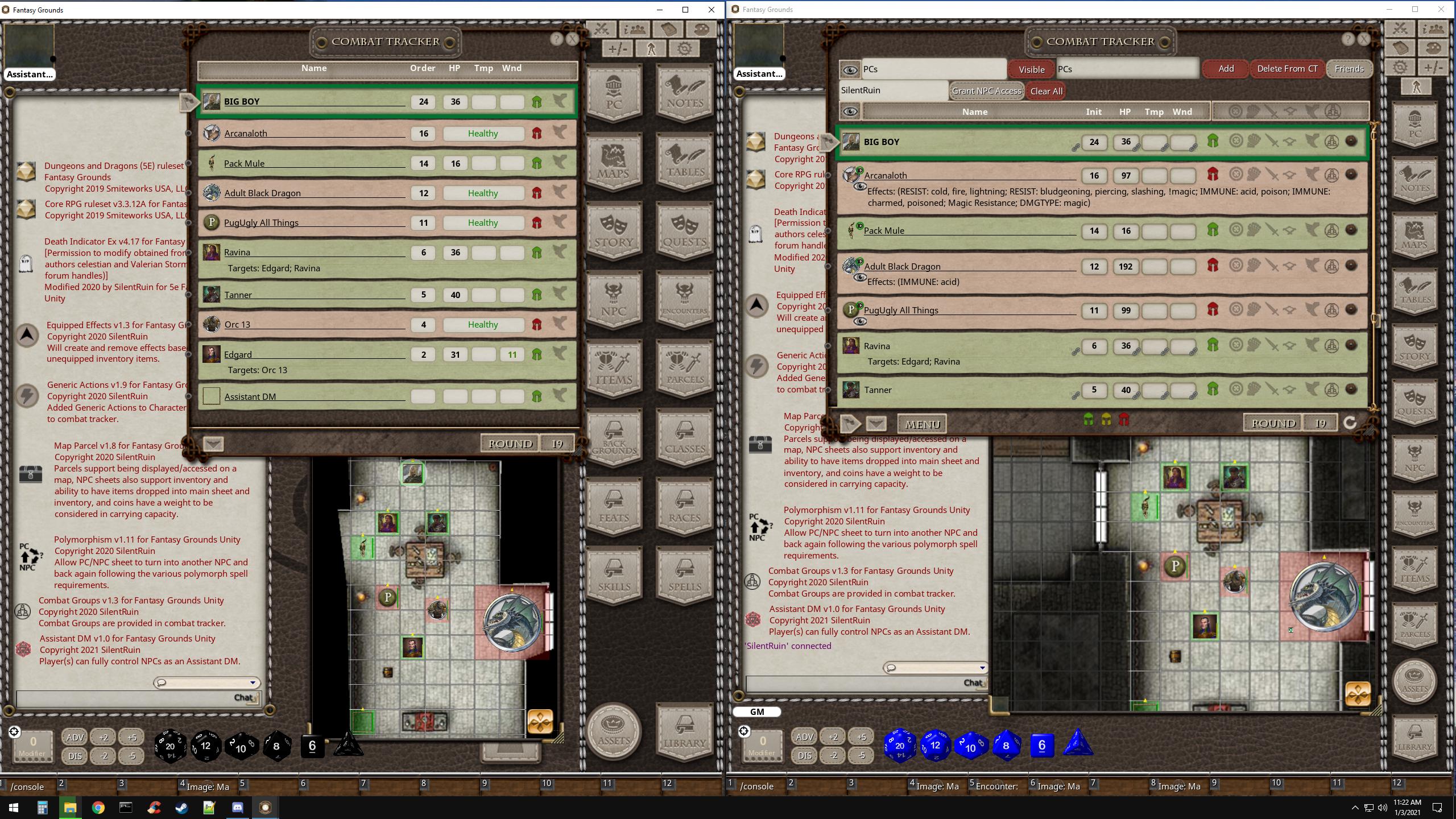 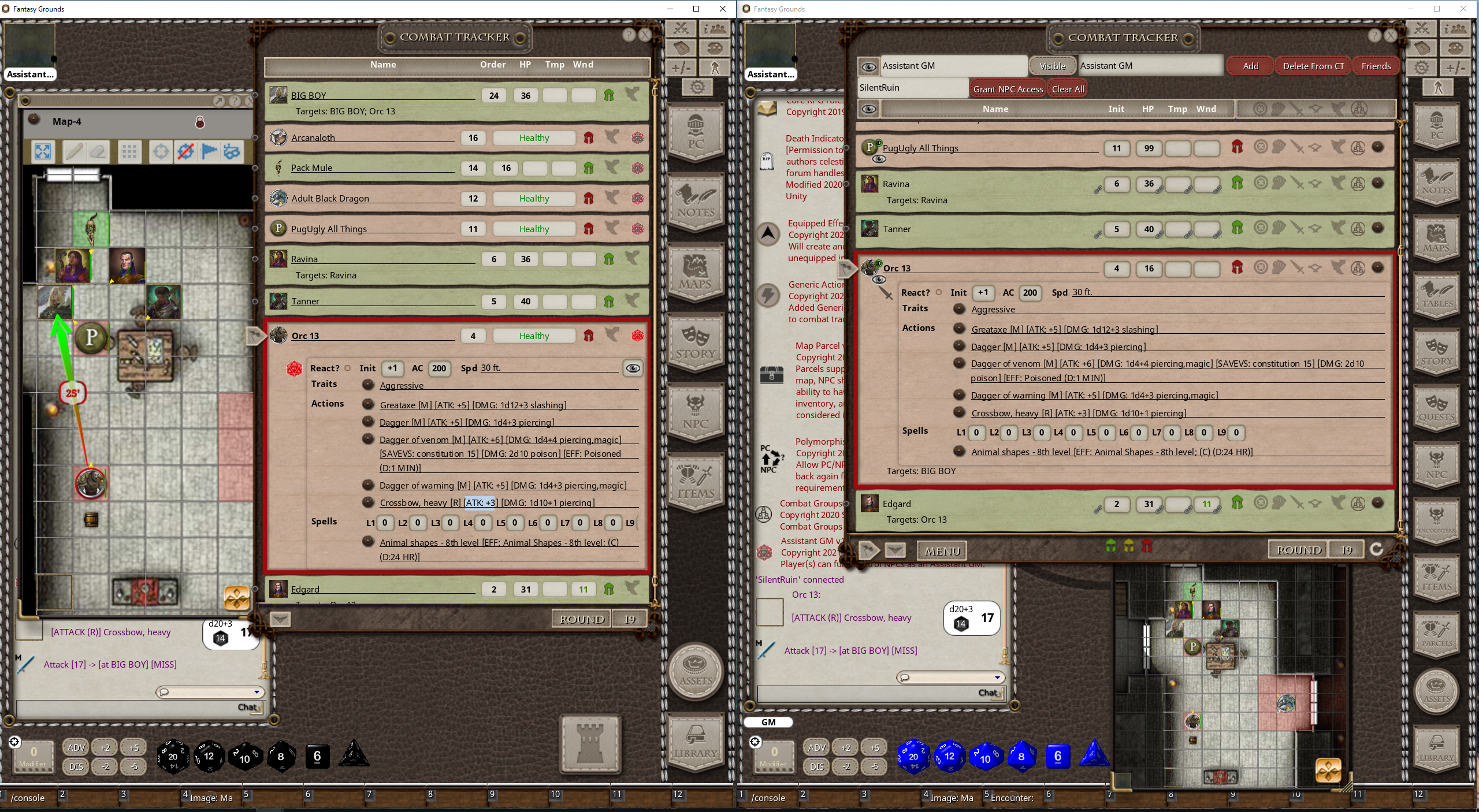 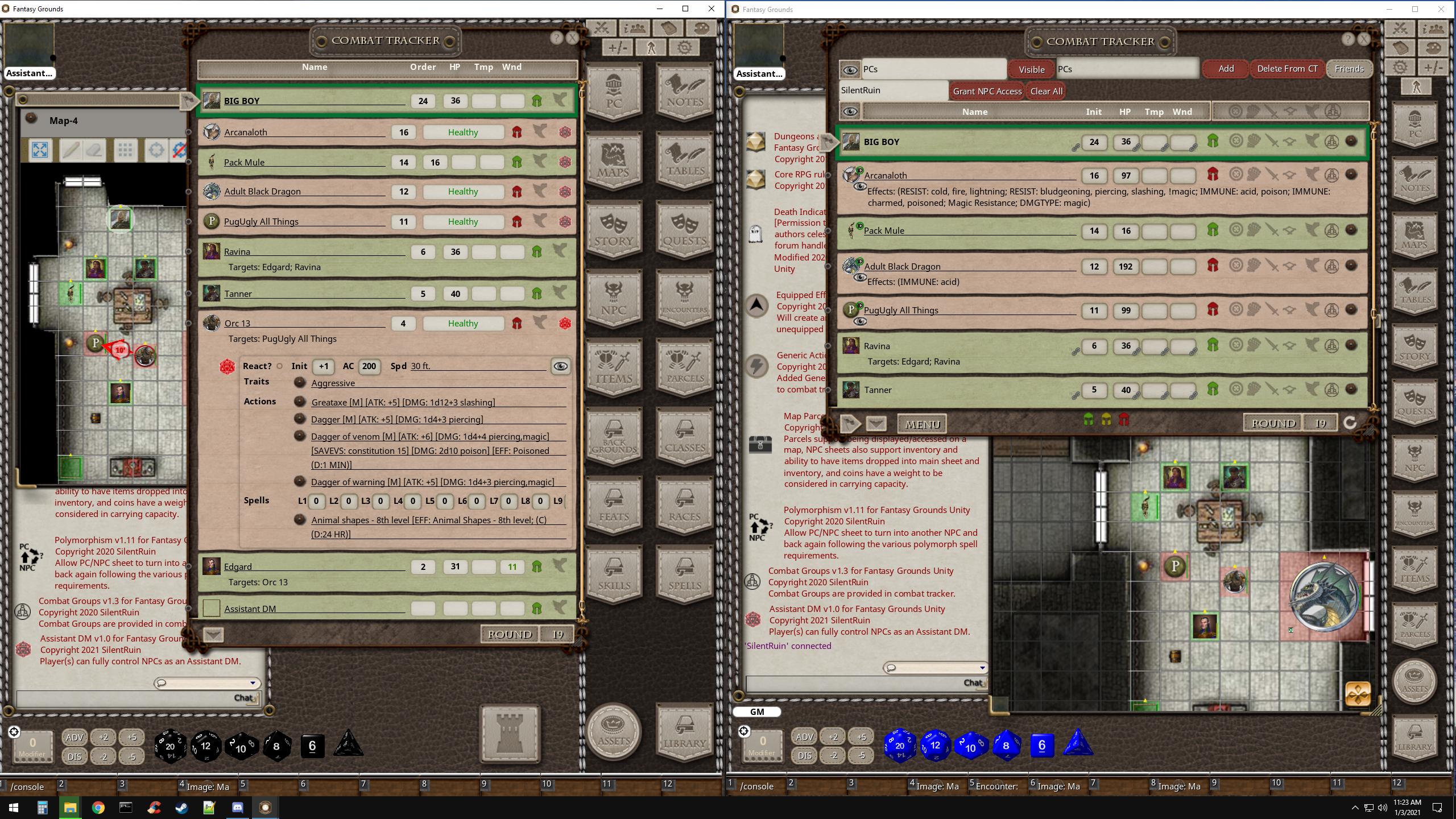 Detailed instructions on how to use this extension can be found on the FG Forums:

Copy & Paste this URL into your browser:
www.fantasygrounds.com/forums/showthread.php?66158-Assistant-GM-Extension-(Fantasy-Grounds-Unity-5E-Ruleset)

Note: This extension was created for Fantasy Grounds Unity only. It has not been extensively tested on FG Classic and thus will not be supported / maintained with FG Classic in mind. Use on FGC at your own risk.

Also, understand that Extensions = RISK: We want users to understand that extensions are code that is added or overrides portions of code in the Fantasy Grounds Unity (FGU) application. When the underlying code in FGU changes it can break an extension. We promise to maintain support as FGU is updated. When you run with other extensions they can conflict by trying to overwrite the same parts of the FGU code. We will keep this extensions working with FGU changes, and other extensions created by SilentRuin. We make no promises to resolve conflicts caused by extensions created by other authors.

Art and maps in the screenshots are not included with this extension.