This is a module for the Fantasy Grounds VTT and Dungeons & Dragons 5E.

This adventure is intended to be run for a group of four to six fifth-level characters, hopefully, that are already formed into a party.

The party begins in the rundown underwater town of Marlina. Merfolk have reclaimed the town from the evil Sahuagin, but they have yet to clear the Azure Caverns and Nodus Hidden Temple.

The party will familiarize themselves with the area before besieging the temple alongside the Merfolk.

The temple is a labyrinth of ice and water traps and is being defended by Majah the Mage and his devout Sahuagin followers. 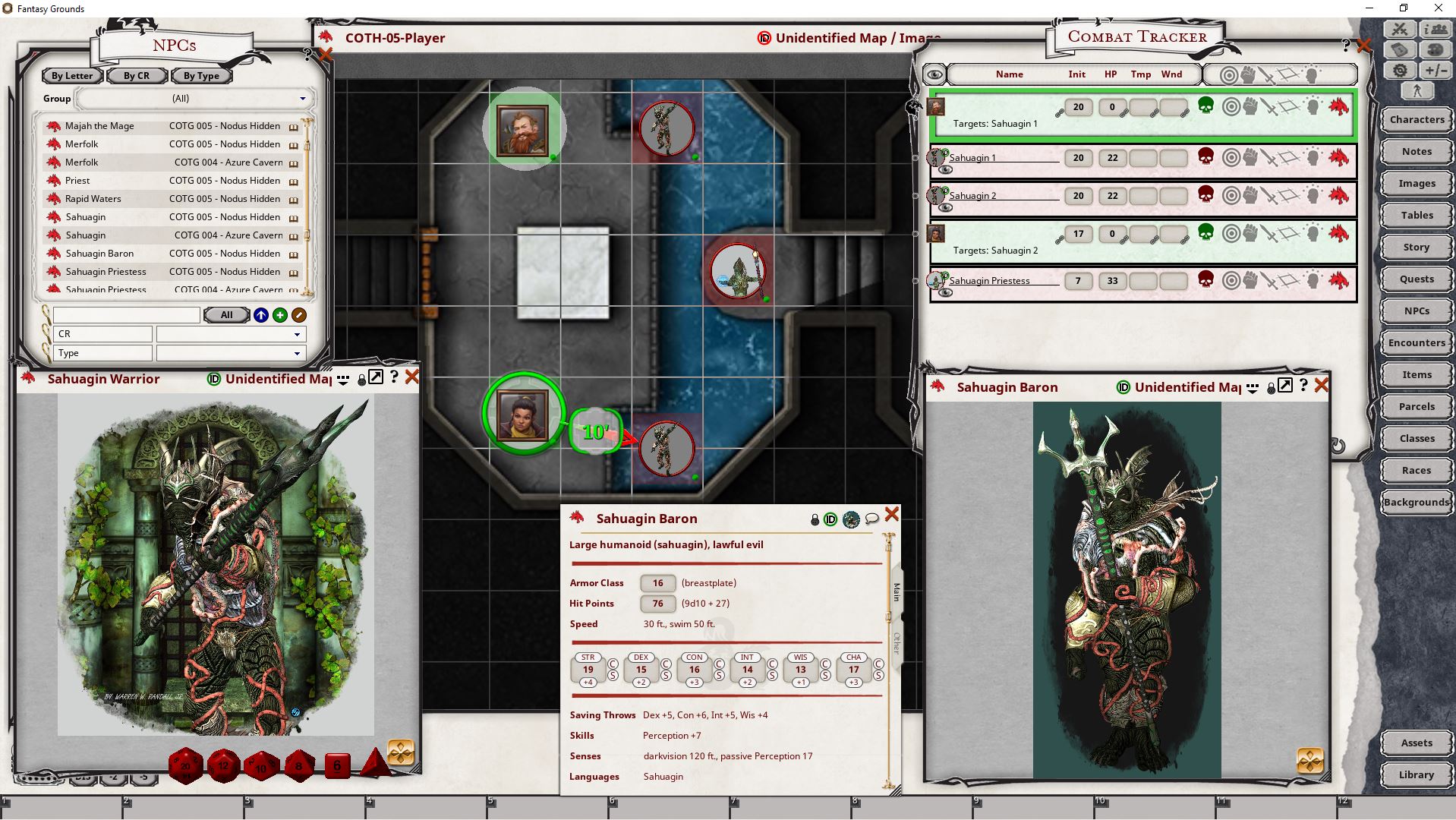