After their defeat by the Gith, mindflayers sought out various means of vengeance and survival. Some studied the Weave as a means to gain the upper hand.

When mindflayers discovered that creatures existed within the Weave iteself, they schemed to pull these creatures out so that they could use use their magic-stealing abilities to bolster their own battle aginst magic-using enemies. Illithid engineers developed a process to poke holes in the Weave. From these holes came creatures made up of Weave energy such as Inoculus, Eldritchules, and Disenchanters. Mind flayer mage-scourges specialized in the use of weapons developed by illithid engineers.

This process was refined until it could be used more precisely as a weapon called Weave Burts. These hand-held explosives could be tossed into enemy lines in order to have Weave creatures flow in through the temporary Weave hole and wreck havoc. This development led to even more conflict and an agressive push to devlope new Weave weaponry.

Eventually other sinister, intelligent beings such as fiend lords learned of this powerful weapon and deciphered how to reverse-engineer Weave weaponry in order to use it themselves.

This  document contains the spark for new adventures in almost any campaign world. 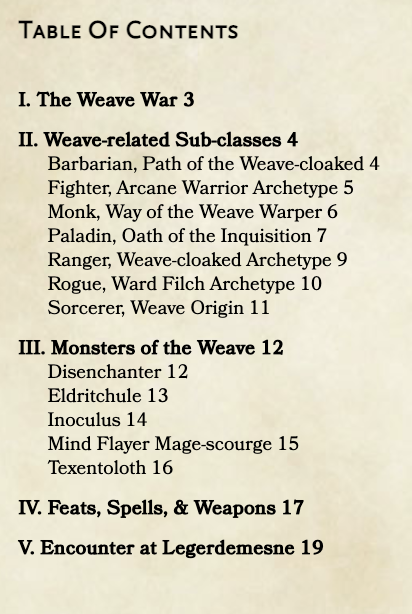 “Encounter at Legerdemesne” is a 3rd-level adventure that intriduces the war and some of the new Weave monsters. 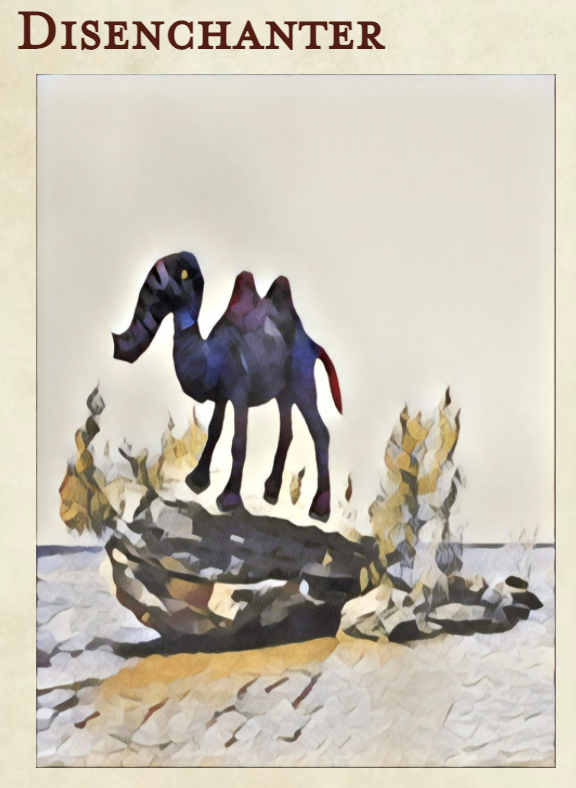 Players can select new sublasses that put them on the frontlines of the war. 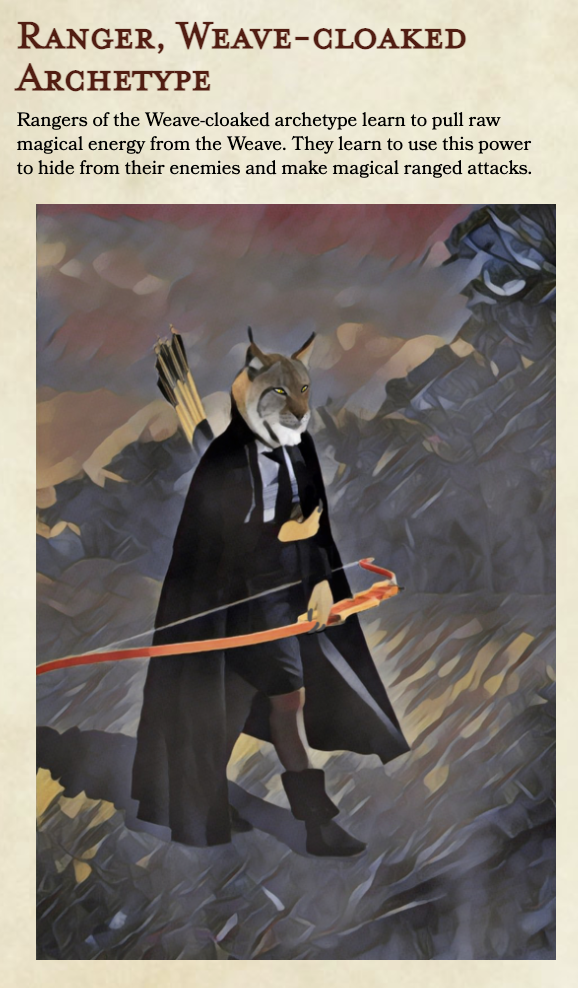