Deep in the forest plants and animals twist and crack and seem to fill with stars before they vanish, screaming into nothing. A tomb has appeared, and lumberjacks argue about its origin over drinks at the Red Squirrel Inn. Some say it’s new, like a freshly grown cancerous lump; others say the twisting earth revealed an ancient trove of bone and unimaginable treasure. No one can agree, but townsfolk have begun to go missing, riders in black have been seen on the roads, and some say the candles are singing.

The Tomb of Black Sand is an adventure created for use with contemporary (2019) table top role playing games. Yet, deeply rooted in “old school” RPG design sensibilities. It can be used as a one-shot or as a hook filled location on the map that players can explore or ignore over the course of their adventures.

Creatures within the tomb are not here to be killed by or provide a challenge for PCs. They have their own concerns, are (mostly) minding their own business and PCs are intruding upon their mythic underworld. Dealing with them does have its benefits though, as the tomb is full of treasure and innocents in need of rescue.

The tomb is a Lich’s lair (CR 21), who is always present. There is no need, or expectation, PCs kill him. If a level 4 party goes up against him—expecting balanced, “combat-as-sport”—it almost certainly ends in their oblivion. It is possible, but his death is in no way the “intent” of this adventure.

The answers are not on your character sheet but uncovered with exploration and applied creativity. 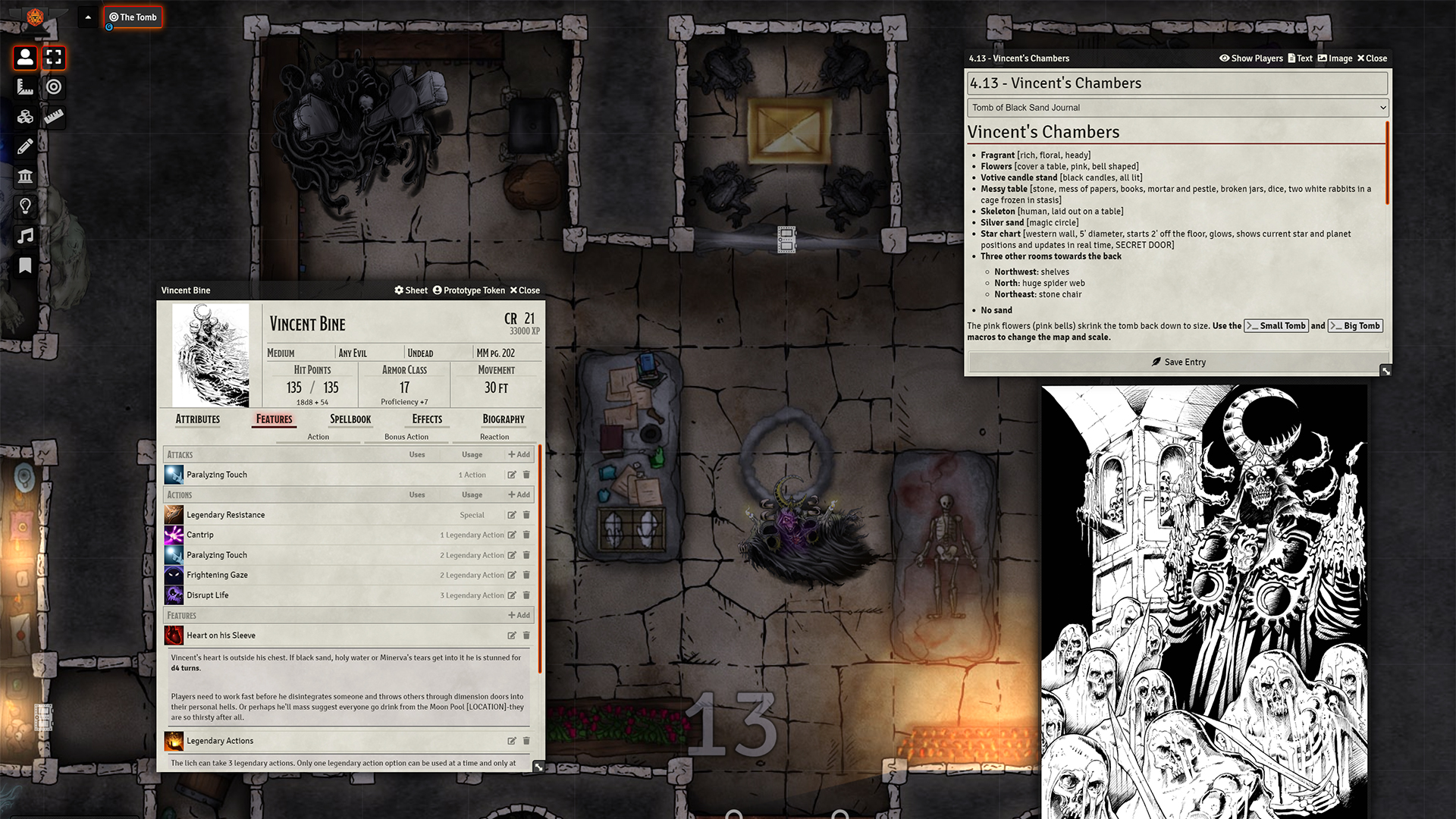 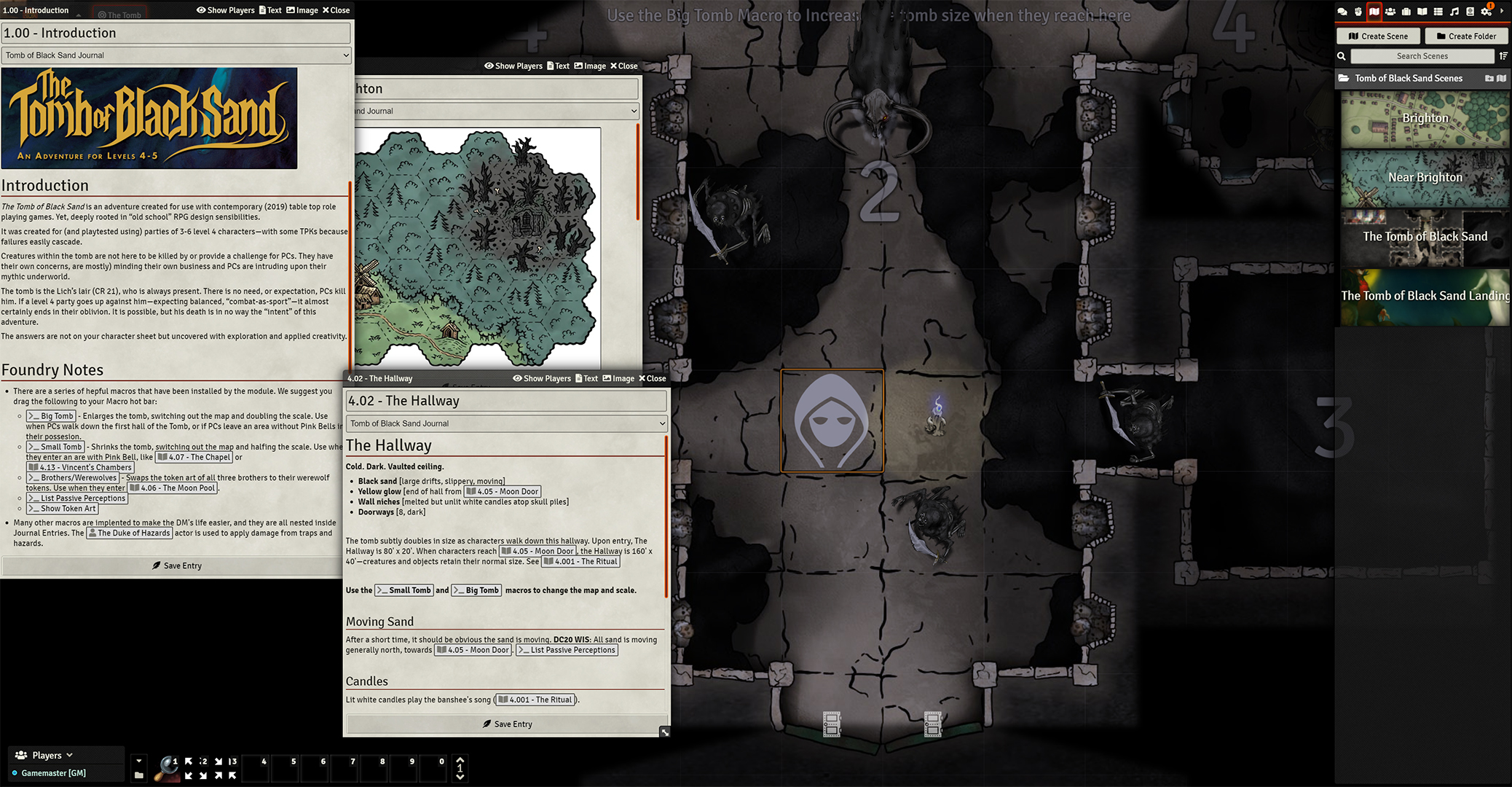 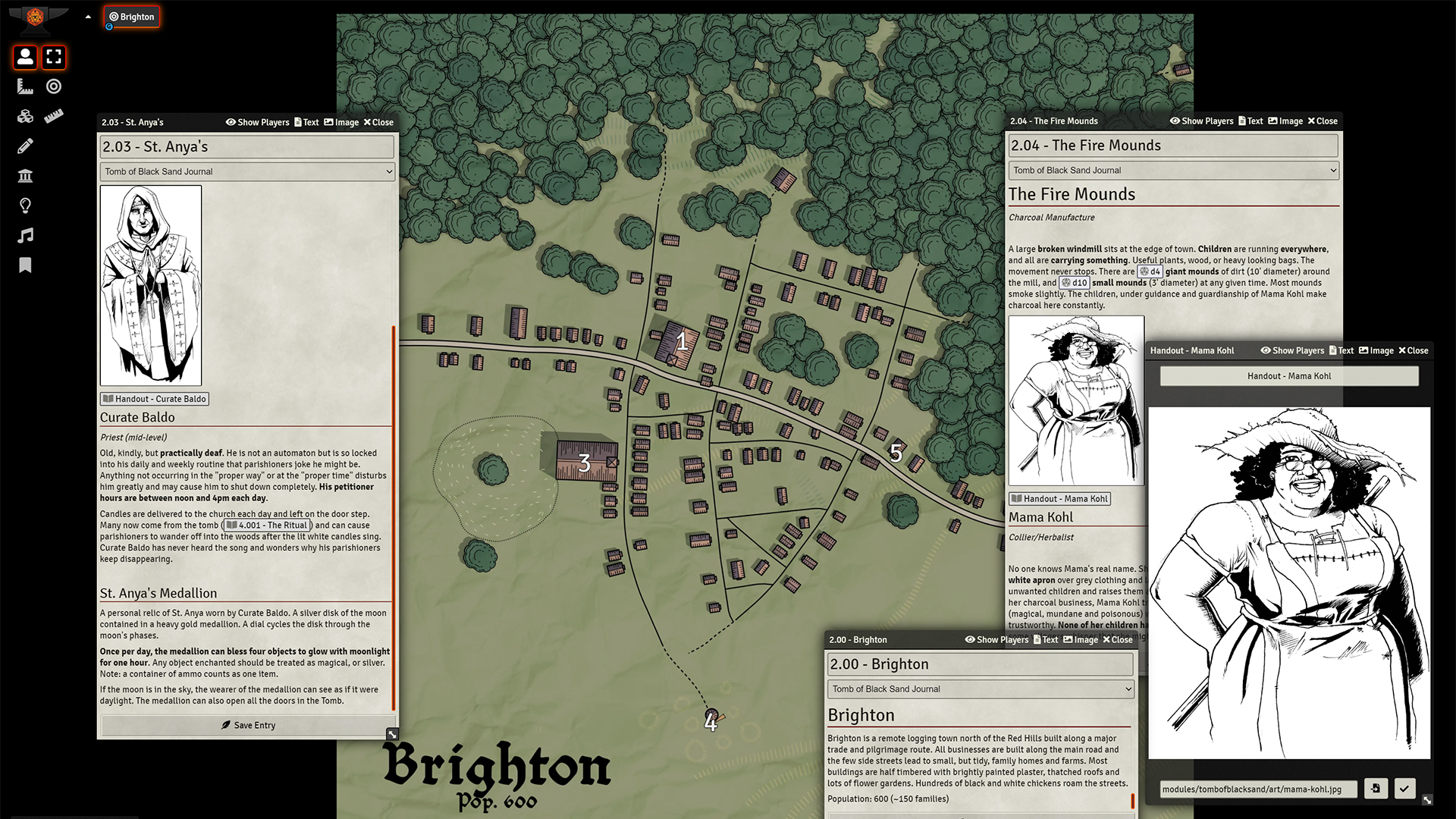